It’s really hard for me to understand what my Mom’s life was like before I actually started being a part of it. As the 7th of 7 boys over a 20+ year span, she had pretty much dealt with all the hi-jinx and trouble one would expect. She’d also been in a relationship with Lloyd (my dad) for almost 3 decades. Tons of intense and crazy stuff went down over all those years, but she still loved that guy in whatever ways she could muster.

When he died in 1993, she started an entirely different chapter of her life and she reflected back often on why she tolerated his antics. “It was just how things were” she said a few times. “You just had to stay with your man” I remember her saying last year when I asked her how she managed to put up with what dad brought to the table.

As I never really got a clear view into what their marriage was before me, I do remember how they would laugh together occasionally and how they would mostly just sit around, drink coffee, smoke cigarettes, and talk about whatever came up. Talking to my older brothers has helped me get some idea of what they got up to, but mostly I just look at a handful of photos now and wonder what went on between them.

Here is one such photo, from (I believe) 1985-ish when Paul came to visit us in Earltown, Nova Scotia. 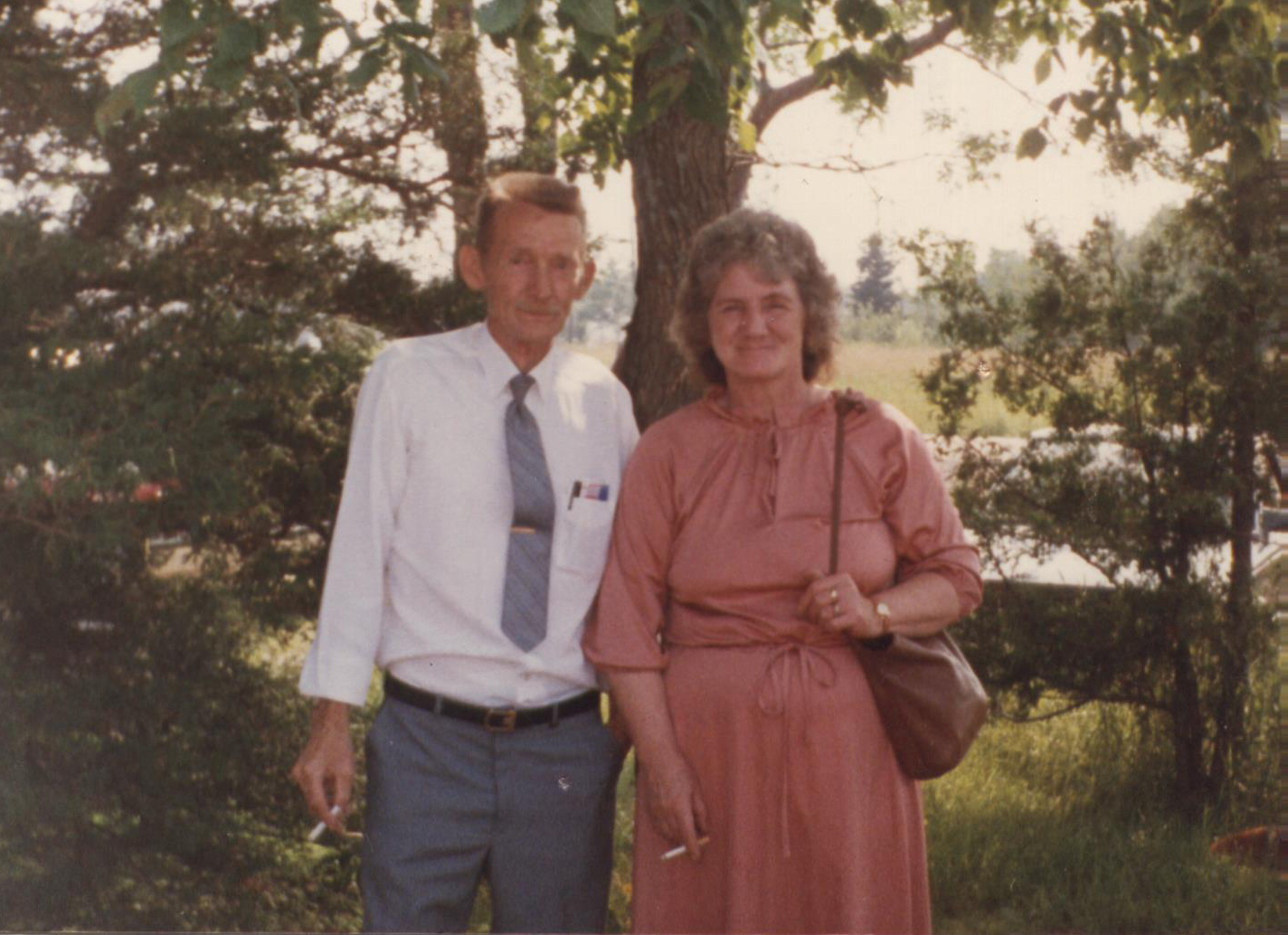