Sundi and I went to Halifax this past weekend. As we drove there, signs for several of the places I had lived with mom over the years flashed by; Truro, Peggie’s Cove, Debert, Amherst, and Tatamagouche. And others. Places where we would pile into different cars and head off to/from for varying amounts of time.

Something that we often did while passing road signs was we would say the names of the places on the sign whether we knew those places well or not. When we would travel places with unfamiliar names, we would try to guess what the names were and their origins. During our time in Earltown, we would often go into Truro several times a month. Even when we went on the same path frequently, we would make up different ways of saying the names along a route and laugh. Nova Scotia was a particularly fun place to live for this as there are an interesting mix of names.

Friday, on our way to Halifax, just before the turn off for Truro, I clearly recalled this one time, where mom made me laugh so hard I almost peed myself. At that turn off is a sign for Tatamagouche, which my mother overly pronounced:

I was young and knew exactly how it was pronounced so I lost it real hard when she said that. It became a thing, that one way of over pronouncing and stressing each syllable. Looking back, it was a meme that Mamie and I shared for many years.

She was damn funny when she wanted to be. And she knew how to play to her audience as well. For me, this weekend, I realized how great she was at entertaining a bored little kid with a strange sense of humour. Now that kid realizes that a lot of her weirdness is why he’s so eloquently odd himself. 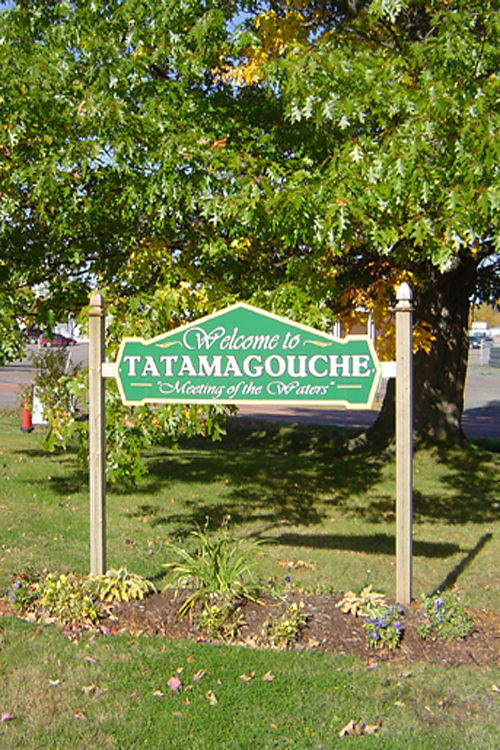