Mom loved animals. As long as I could remember, she always got excited at whatever kinds of animals she would see. As a kid this was great because I always had a dog or cat(s) around. Even after I went to university and mom was living alone in her sixties, she still tried to have an animal in the house – she had this one really cute but not so sharp alaskan husky that she gave away because he was too hard to train.

Over the past year I remember talking to her about the foxes, racoons, and skunks that live around our neighbourhood and she always had an excitement in her voice. When we visited her in Trillium Villa and we went out in the yard with her she just loved watching the squirrels that would run around scavenging. On a few of our phone calls she would talk about watching the squirrels for hours and report on how they moved, what they would eat, how many there were, and how close they would come to her before running off. We had an extended conversation about crows once that changed what I thought about them.

Winter, in all the places we lived, was not a favourite of Mamie’s and I think that’s because of the lack of animals. Sitting on a porch somewhere watching animals in the park was not possible. They were all hibernating or waiting for a time where there was more food around. I remember very clearly mom talking about how happy she was when spring arrived one year at the coop she lived in. As it was only a few blocks from the water, one of her favourite things to do was to walk down to the water (or drive if it was still to chilly) and feed the ducks. We did this with her one year and brought a picnic along. It was so fun watching mom get all exited about those birds.

Yesterday morning on the way to work I saw a flock of geese flying in their marvellous V formation and something came over me. It felt so wonderful to see them up there and the temperature was just warm enough to feel a soft breeze. My heart leapt and I immediately thought about telling Mamie about seeing the geese and her sharing stories of what animals she had seen. Then it hit me again and I got sad for a while.

But as today went on, I remembered her love of animals and how she used to so love the dogs of her grandkids.

I can just imagine telling her about the geese and her saying: “Well isn’t that neat?” 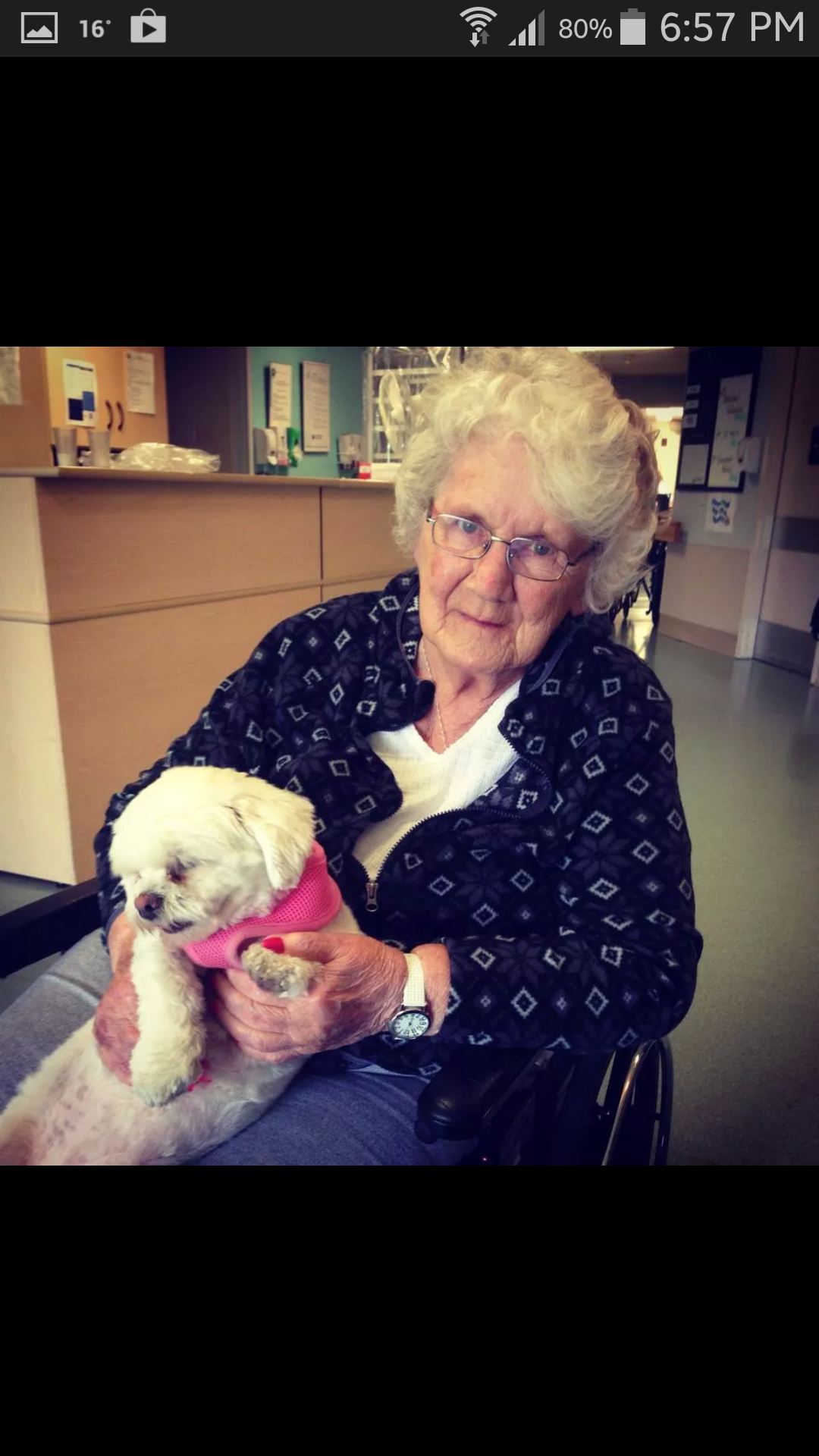 One Reply to “Spring is in the Air?”